Tilottama-Kotekan Alignment is based on the comparison of two given images. On the one hand the image of the nymph Tilottama protagonist of the Hindu legend of the asuras Sunda and Upasunda, and responsible for causing the mutual destruction of these by the love towards her. Even the gods Shiva and Indra are described as in love with Tilottama. The drawing is the work of the Indian painter Raya Ravi Varma and is a clear fusion of indigenous traditions with the techniques of European academic art. And on the other hand, the other image is a photograph of a Kantilan Gangsa, which is part of the Balinese instrument set called Gamelan. The summer of 2018 Víctor Ojeda, part of the Gamelan Penempaan Guntur group, writes a score for Gamelan that puts music to the legend.

The comparison between the two images has been carried out through Sigmament, image alignment software made by Marc Padró and based on the method of sequence alignment using the Needleman-Wunsch algorithm.

Tilottama-Kotekan Alignment is presented in dialogue with the work of Pinot Gallizio Industrial Painting of the year 1985. As artist and situationist member, he tried to subvert the capitalist commodification of everyday life. This work was intended to adapt to mechanized manufacturing techniques to challenge established models for the production and distribution of art. It is a painted canvas of 174 meters rolled of which are only about ten meters long. It was made using a pseudo-machine of low-tech painting, simulating an industrial production while maintaining the entity of a single piece. 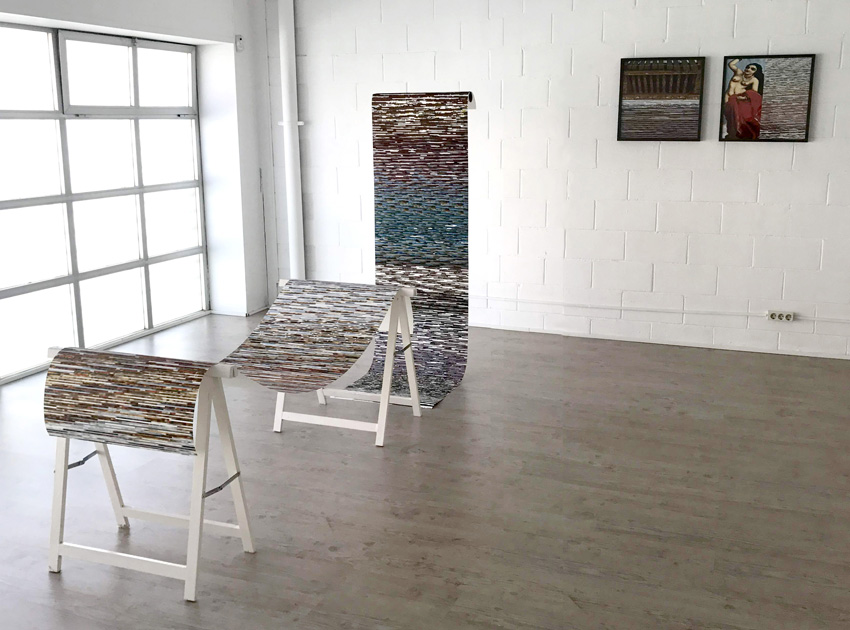 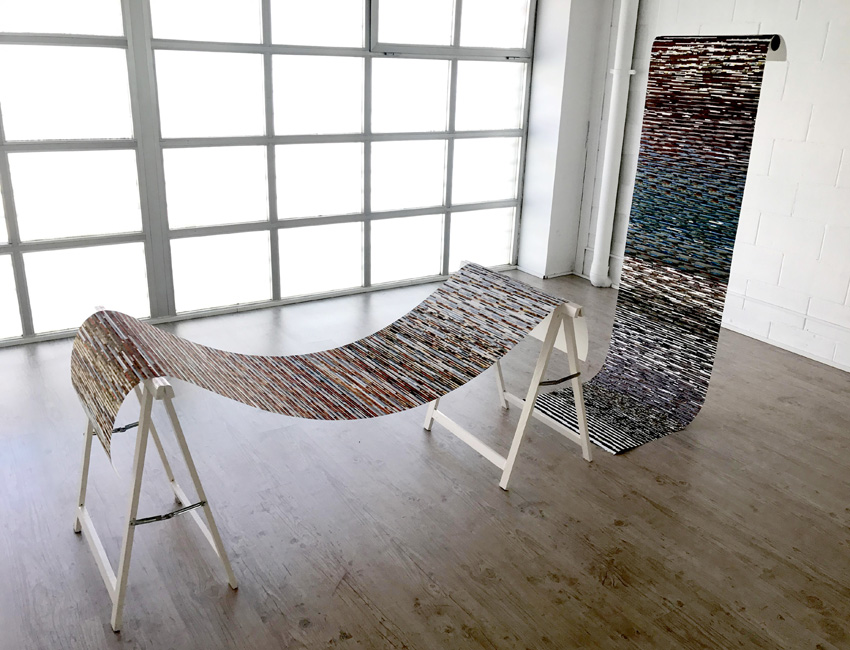 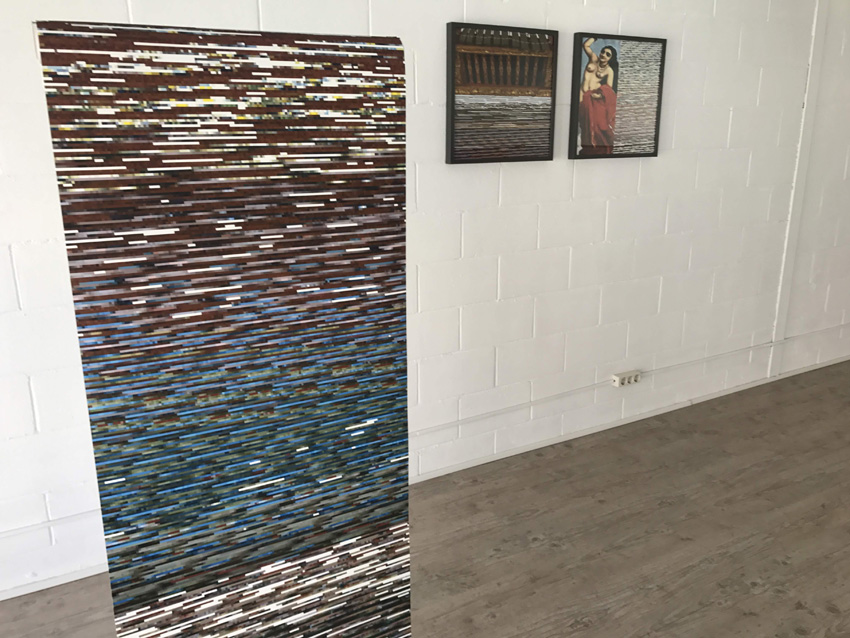 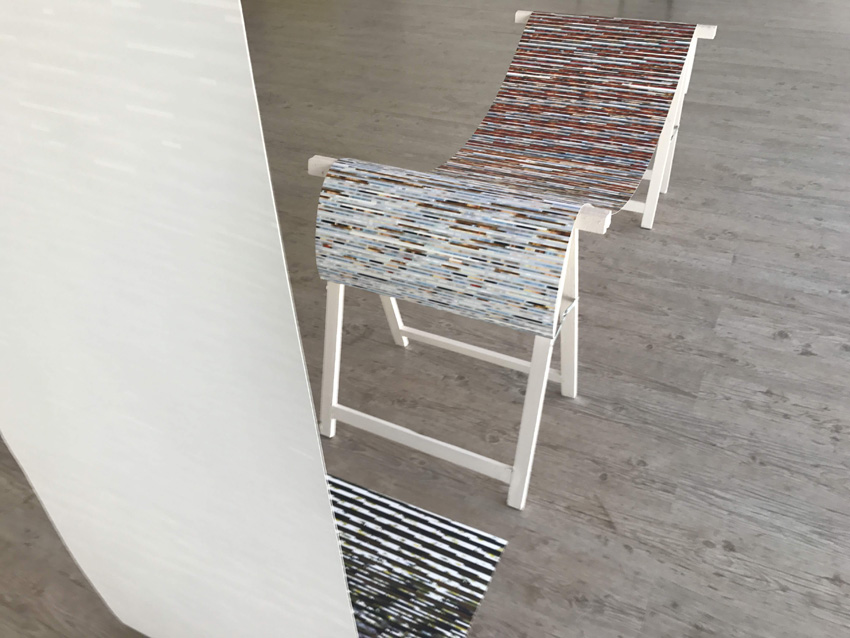 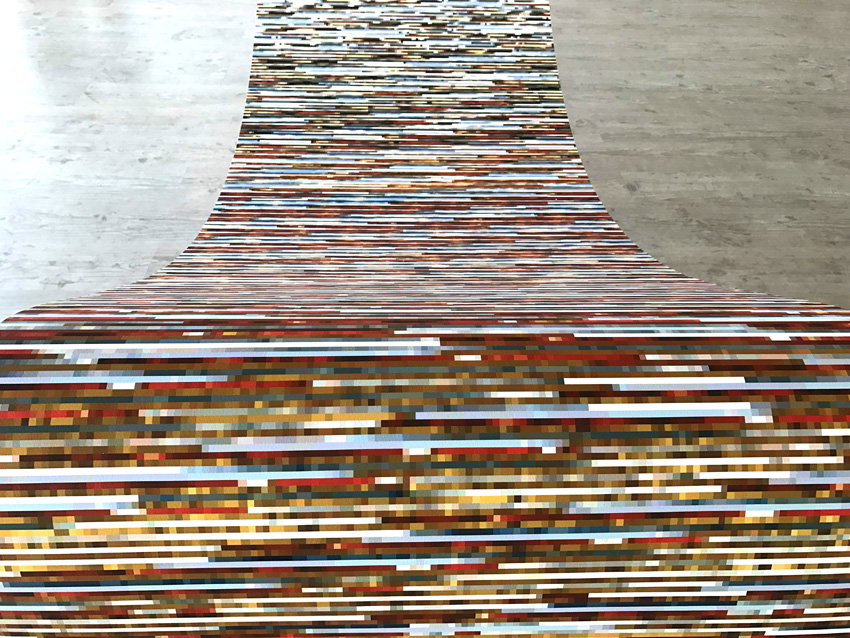 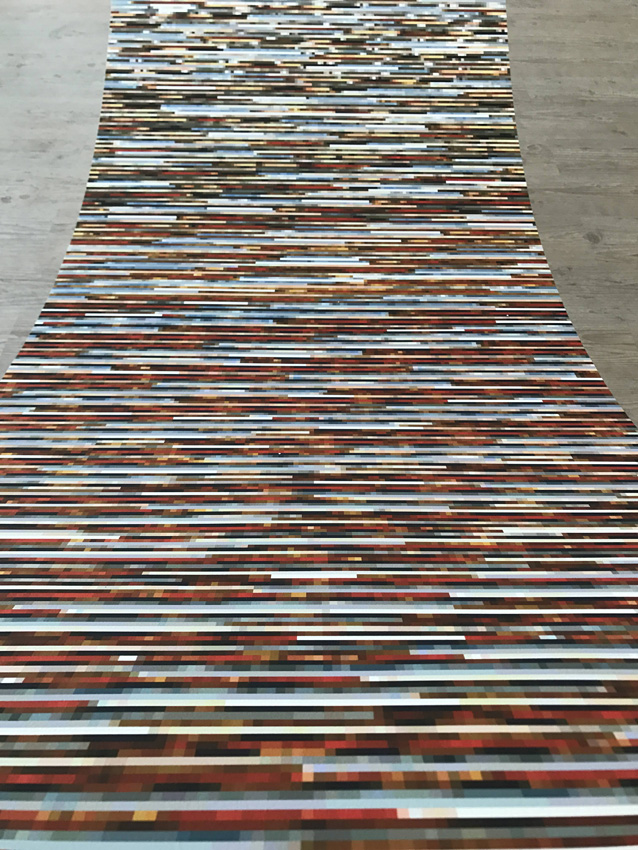