The bound lines of credibility through the media can be found in a tragic point of debility, the progressive dominium and monopolization of the big media agencies have weaken its owns meanings, the transmission of information. Journalism with its traditional structures drains, and becomes sterile. Testaconfeso belongs to a critic line directed to the official information sources. With the new out coming of new systems and independent information from any commercial and political corporation, the increase of internet information haven’t done more than create a big confusion to a complex reality.
New concepts like the “hoax” belongs to this context, starting from some false information on Internet to create an uncertain situation, very often made like an innocent joke from a Internet user. A selection of oral texts from the last poems of Jorge Luis Borges and Gabriel García Marquez are mixed in Cut-up method and fragments of goodbye messages from young Islamic terrorists before suicide, or regrets from prisoners condemned to death in Texas. Testaconfeso developed between an imaginaries bound lines, between live and death, true or false, reality or manipulation. The creation of true and its distortions.
All fragments are suggesting a value judgement surrounded of two image typologies. The first image group has a basic graphic of lines and elementary draws, with an uncertain ideology, could be logos from big companies, religious groups, politics movements. The other images group have an intended disconnection, only is grouped form formal identity, using very low resolution with big pixels.
This new project is again based in Live Cinema, where the written word and verbal word unified working with narratives structures in a performance context. The use of oral words is a reflect of my interest for the language. 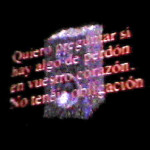 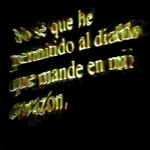 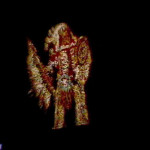 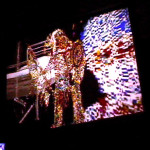 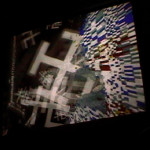 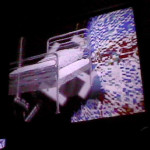 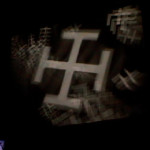 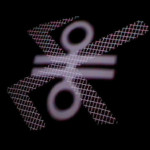